It was in the small but mighty New Temple Missionary Baptist Church in South L.A. where Aretha Franklin recorded her fourth live album: Amazing Grace. Accompanied by the Southern California Community Choir and a stellar band including gospel giant Reverend James Cleveland, Franklin performed 14 tracks before an eager audience dotted with music legends like Clara Ward and Mick Jagger. Filmed by Sydney Pollack who would later win the Academy Award for Best Director and Best Picture for Out of Africa in 1985, Amazing Grace is showcases the emotion and talent of one of the greatest voices of our time. Check out Amazing Grace at GPL or stream it via Kanopy today! 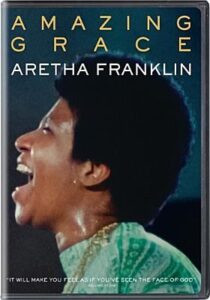