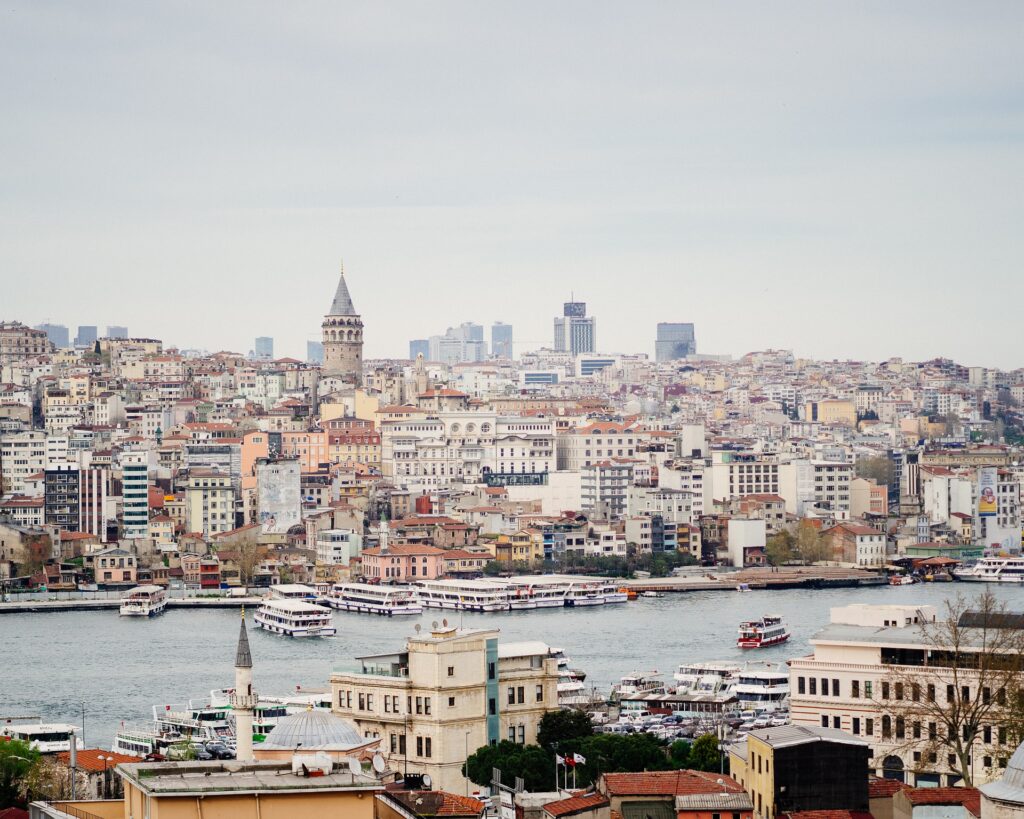 One of the most recognizable contemporary Turkish authors and recipient of the 2006 Nobel Prize in Literature, Orhan Pamuk has written dozens of books over the last four decades many of which are cerebral stories that feature questions of identity and explore the position of Istanbul and Turkey as places caught between two sides. To celebrate Pamuk’s birthday, check out one of his many translated works from his 1983 Silent House to the 2014 A Strangeness in My Mind.

Istanbul: Memories and the City
“A portrait, by turns intimate and panoramic, of one of the world’s great cities, by its foremost man of letters. Blending reminiscence with history; family photographs with portraits of poets and pashas; art criticism, metaphysical musing, and, now and again, a fanciful tale, Pamuk invents an ingenious form to evoke his lifelong home, the city that forged his imagination. He begins with his childhood, his first intimations of the melancholy awareness of living in the seat of ruined imperial glories, in a country trying to become “modern” at the crossroads of East and West. Against a background of shattered monuments, neglected villas, ghostly backstreets, and, above all, the fabled waters of the Bosphorus, he charts the evolution of a rich imaginative life, which furnished a daydreaming boy refuge from family discord and inner turmoil, and which would continue to serve the famous writer he was to become.”

A Museum of Innocence
“It is 1975, a perfect spring in Istanbul. Kemal, scion of one of the city’s wealthiest families, is about to become engaged to Sibel, daughter of another prominent family, when he encounters Fusun, a beautiful shopgirl and a distant relation. Thus begins an obsessive but tragic love affair that will transform itself into a compulsive collection of objects–a museum of one man’s broken heart–that chronicle Kemal’s lovelorn progress and his afflicted heart’s reactions.”

My Name is Red
“The Sultan has commissioned a cadre of the most acclaimed artists in the land to create a great book celebrating the glories of his realm. Their task: to illuminate the work in the European style. But because figurative art can be deemed an affront to Islam, this commission is a dangerous proposition indeed. The ruling elite therefore mustn’t know the full scope or nature of the project, and panic erupts when one of the chosen miniaturists disappears. The only clue to the mystery–or crime? –lies in the half-finished illuminations themselves.”

Other Colors
“Orhan Pamuk’s first book since winning the Nobel Prize, Other Colors is a collection of essays on his life, his city, his work, and the example of other writers.”

The Red-Haired Woman
“On the outskirts of a town thirty miles from Istanbul, a well digger and his young apprentice—a boy fleeing the confines of his middle class home—are hired to find water on a barren plain. As they struggle in the summer heat, excavating without luck meter by meter, they develop a filial bond neither has known before. But when the boy catches the eye of a stunning red–haired woman who seems as fascinated by him as he is by her, the events that ensue change the young man’s life forever and haunt him for the next thirty years. A tale of family and romance, of youth and old age, of tradition and modernity, The Red–Haired Woman is a beguiling mystery from one of the great storytellers of our time.”

Silent House
“Awaiting the arrival of her grandchildren in her home outside Istanbul, bed-ridden widow Fatma shares memories and grievances with her late husband’s illegitimate son until his cousin, a right-wing nationalist, involves the family in the Turkish military coup of 1980.”

Snow
“After years of lonely political exile, Turkish poet Ka returns to Istanbul to attend his mother’s funeral and learns about a series of suicides among pious girls forbidden to wear headscarves.”

A Strangeness of Mind
“Mevlut, an Istanbul street vendor, has spent his whole life selling a local alcoholic drink. It is the 1990s, and although there were once thousands of boza vendors walking the frozen streets of the city, Mevlut now cuts a lonely figure on snowy winter nights. Falling deeply into debt, and desperate to marry off his incompetent son and satisfy his mistress, Mevlut turns to his old friend Ferhat, who collects payments on electric bills. The partners traverse the back streets of middle class neighborhoods and shantytowns, venture into flats, shops and restaurants of the poor, relishing their power to punish cheaters and collect bribes. The dangers of Istanbul’s underbelly eventually catch up with Mevlut, and he is attacked by a pack of dogs, hospitalized, robbed by bandits and beaten and threatened at every turn. Istanbul is exposed as a city with a rich and dynamic underground culture which seeps into its secular business centers and mainstream society. Mevlut serves as a flighty guide, occasionally attuned to the city’s nuances, but with a wild imagination and instincts tainted by desperation.”

The White Castle
“From a Turkish writer who has been compared with Joyce, Nabokov, and Gabriel Garcia Marquez comes a dazzling novel that is at once a captivating work of historical fiction and a sinuous treatise on the enigma of identity and the relations between East and West.”