June 18th is International Sushi Day, a day to celebrate the traditional Japanese dish which is typically comprised vinegared rice and assorted companions such as seafood and vegetables.

The word “sushi” actually refers to the sour property of the vinegared rice rather than raw fish or seafood commonly included in sushi. There are a number of different types of sushi but perhaps the most popular types are nigiri and maki. Both nigiri and maki refer to preparation techniques for sushi with nigiri (meaning “two fingers” in Japanese) describing to its rectangular bite-sized shape often topped with seafood and maki (meaning “roll”) describing the act of rolling of its contents within the “nori” or seaweed wrapper.

With its versatility and variety, there are plenty of sushi recipes to satisfy almost all palettes. Try your hand at making homemade sushi using one of the recipes from our cookbooks here at GPL or use today as an excuse to order from your favorite sushi restaurant. Not in the mood for sushi? You can always watch the critically acclaimed 2011 documentary Jiro Dreams of Sushi to celebrate. 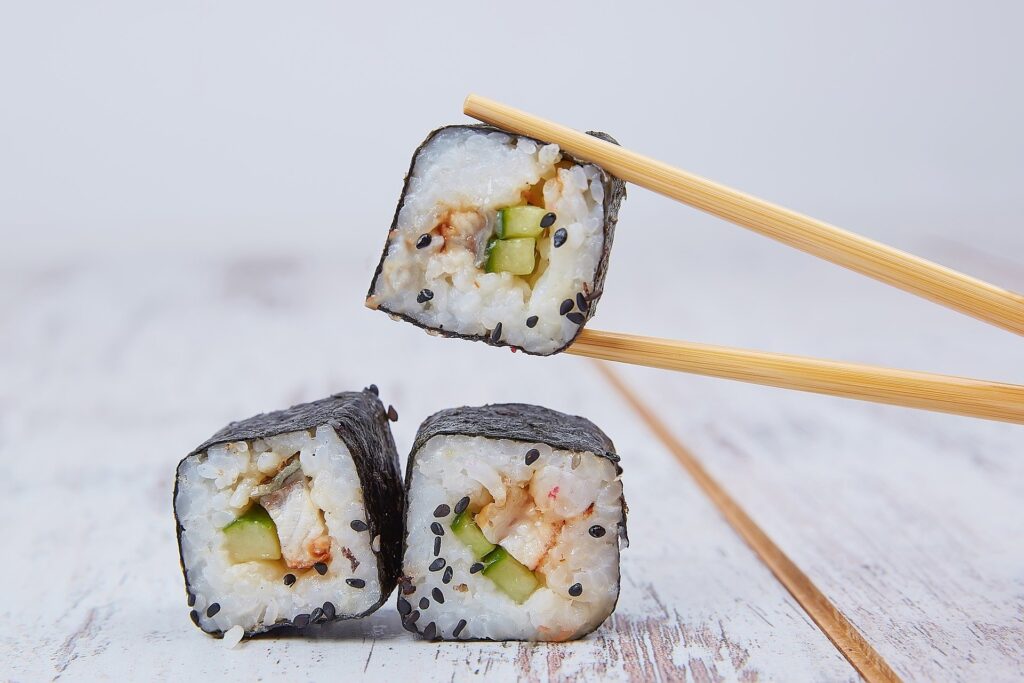 From The Gaijin Cookbook

From Japan: The Cookbook